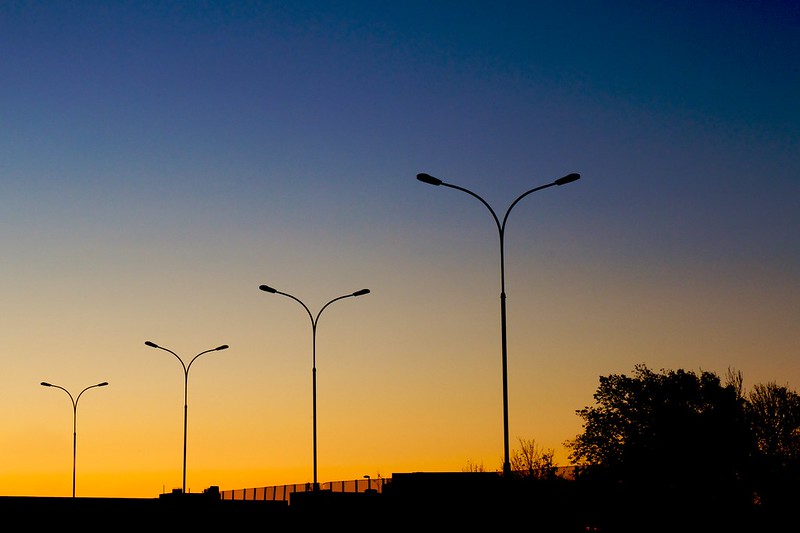 The fourth and final crop. This one is based on all the discussion on the one that was suggested by vipspips in the comments of the first and second shots (all still clear everyone?) - and I believe is as close as I am going to get to the image I saw for myself when standing at the busstop in the mornings. It's also the first one with a real edit made apart from exposure adjustments etc. A road sign has been removed. The description of the original shot: Taken as part of this weeks twitter photochallenge - #TwPhCh024 - Lys (light). But its a shot I've been meaning to take for a while now - I see it when I take the bus from nearby some mornings.